We’ve all heard of a haunted house, right? But did you know that some cars have also sent a chill through the spines of those unfortunate enough to encounter them?

From the ‘ghost crash of Surrey’ to the ‘jumping car of Cape Town’, let’s take a hair-raising roadtrip through five of the most prominent phantom cars in history – if you dare.

The Phantom Car Wreck of Surrey

In 2002, police officers in Surrey, UK, received a call from a shaken member of the public who reported seeing a set of car headlights lose control and swerve off the A3 road. Officers set off to investigate. And that’s when things got puzzling.

The police could find no trace of a recent car crash, as the witness described. Instead the officers found a Vauxhall stuck nose-first in a ditch. However, the car was covered in overgrown foliage and inside was a decomposing human body. Disturbingly, further investigation linked this scene to a crash that was estimated to have happened five months earlier – certainly not a recent incident.

So what exactly did the witness see? A trick of the light? Or perhaps a spectral replay of the crash five months prior? We’ll leave it up to you to speculate.

The Black Volga of Eastern Europe

In the 1960s and 70s, an unsettling story emerged in Eastern Europe of a ghostly black Volga, snatching people from the streets. The car was noted for its inclusion of strange white elements, such as wheels and curtains, and for the widespread status of the urban legend which spanned all the way from Poland to Mongolia.

Speculation varied as to who the driver might be and theories included certain ostracised ethnic groups, criminals, the secret police and mysterious cultists. Some even claimed the driver was the devil himself – not the sort of chauffeur you want, really. The fact is, nobody knows the truth behind this creepy legend, making it all the more mysterious.

The infamous Bonnie Parker and Clyde Barrow swept across America in the 1930s with their gang, robbing banks and killing any police officers or civilians who got in their way. Eventually the criminal couple were caught by police who unleashed an astounding 100 plus bullets on their Ford Model 18 V8, killing the duo.

This death car is now on display at Whiskey Pete’s Casino in Primm, Nevada. But the story has an even more eerie end, as several visitors to the casino have noticed they feel another presence when standing close to the car, or have taken pictures only to see strange objects in the photographs – leading some people to speculate if the spirits of Bonnie and Clyde ever really left the bullet-ridden vehicle.

The Jumping Car of Cape Town

In 2004, several witnesses staying at a guesthouse in Cape Town, South Africa all saw a most bizarre sight. After being woken by a loud crash, guests and staff went outside to see a parked Renault with no driver, no keys in the ignition and no means of being moved, ‘jumping’ backwards twice and into a tree.

A representative of Renault offered a possible explanation of a rusty start cable causing a short circuit, but that did little to comfort the witnesses who were still spooked by what they had seen – with some convinced it was the work of the otherworld.

In 1955, the rising Hollywood talent, James Dean, was tragically killed in a car crash at the age of 24. However, the car he was driving at the time has turned out to be just as much of a personality as the man himself – though, not for a good reason.

Aptly nicknamed “Little Bastard”, the star’s beloved Porsche was still causing mayhem years after Dean’s death. Alleged incidents included killing or injuring several drivers who had used car parts from Little Bastard, a fire breaking out at the garage where it was displayed (in which the Porsche remained spookily unscathed) and the vehicle falling onto a student during another display event, injuring them. To compound its mysterious history, the car finally went missing from a sealed boxcar and has never been seen again.

Dean’s friend, Alec Guinness, was one of the first to get a sense of the car’s evil nature, warning Dean just a week before his death not to get in the vehicle or he would be dead within the week. In his unpublished diaries, Guinness even wrote that the car ‘looked sinister’. Unfortunately his predictions and sense of foreboding were proven right.

Here at Mr Tyre, we’re proud to service all types of cars – except phantom ones! With over 35 branches across Central England, we’re one of the leading autocentres for the region and have been serving customers for 50 years. Our services include tyre fitting, MOTs, diagnostics and car part fitting. Simply book online or give us a call. 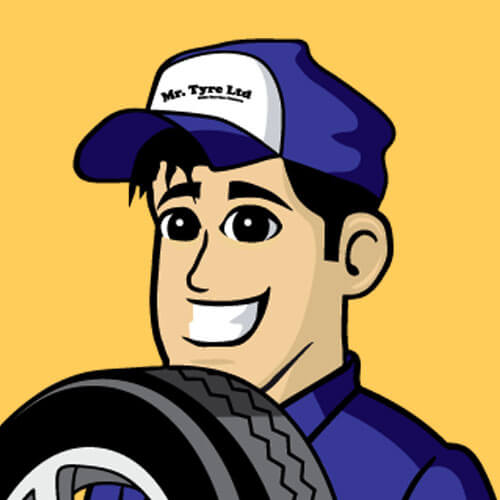 Driving Etiquette: Are You Naughty or Nice?

Ranked: The Best & Worst Service Stations in the UK

With over 35+ tyre centres in the region

We couldn't find any tyre sizes which matched your vehicle registration of .

We have found the following details from the registration submitted:

Please select your tyre size from below:

Your safety is our concern and that’s why Mr Tyre offers you a free high-performance geometry check.